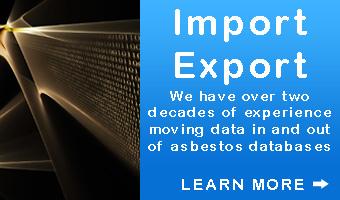 Do I need an asbestos survey when buying a home?

So you have decided to take the plunge and buy a property! This may be as a first time buyer or simply moving from one house to another, what should you consider?

Most people consider whether the location is desirable, after all, nobody wants to live in a run down area. Buyers also consider the proximity and quality of local schools if they have or plan on having children, then there is the question of the local crime rate, proximity to local shops, rail links or work. Once these questions have been answered they are happy to proceed, but what about checking to see if the property has asbestos?

Many people are not even aware of asbestos or the danger it can be, while others believe that asbestos is no longer a problem because it was banned in the United Kingdom many years ago. In fact, a prospective buyer aged twenty years old would be correct in their belief that the use of asbestos was completely banned in United Kingdom construction before they were even born.

Unfortunately, asbestos is still present in many properties and the amount of properties with this deadly mineral still present remains pretty high. So high in fact that it has been claimed that as many as seventy percent of homes may contain it in some form or another.

Should the asbestos be in a good state of repair and particularly if it is situated away from habitable areas of the property, then there shouldn’t be any cause for immediate concern, but if it is disturbed, unsealed or damaged, it can cause fibres to be released into the air and once airborne, they can be inhaled, which can end up being fatal.

This is why it is important to get a detailed report from a Chartered Surveyor, as you will want to know if there is any asbestos present, how much is there, where it is situated and what condition it happens to be in. Unfortunately, the surveyor is only likely to inform you that asbestos is supected to be present, but this is enough to alert you to the possibility of asbestos, but they should be able to advise you who to contact to investigate things further.

The health risks of asbestos in the home

So before we rush for the phone to call for help, it is worth knowing what asbestos actually is and what it can do to the human body.

People often wrongly believe asbestos is a man made material, whereas it is in fact a term used to refer to six naturally occurring silicate minerals. All are composed of long and thin fibrous crystals, each fibre being composed of many microscopic fibrils that can be released into the atmosphere by abrasion and other forms of disturbance.

All types of asbestos fibres are known to cause serious health hazards in humans and animals. Amosite and crocidolite are considered to be the most hazardous asbestos fibre types; however, chrysotile asbestos has also produced tumours in animals and is a recognised cause of asbestosis and malignant mesothelioma in humans, and mesothelioma has been observed in people who were exposed to chrysotile at work, even those who lived with or washed the clothing of workers contaminated with asbestos were at risk too. Also people who lived close to asbestos factories or mines could succumb to asbestos related illnesses. Mesothelioma is a cancer primarily caused by exposure to asbestos and may take several decades to present symptoms.

If inhaled, asbestos fibres can enter the lungs and cause some very serious diseases. There are four main diseases caused by asbestos: mesothelioma, which is always fatal, lung cancer, nearly always fatal, asbestosis, which may not always be fatal, but is very debilitating and diffuse pleural thickening, again, not fatal but extremely unpleasant.

Why we used asbestos?

Asbestos was hailed as a miracle material before we realised its deadly potential. Asbestos is actually an excellent electrical insulator and is very heat resistant. For many years the plate at the end of an ironing board where the iron rested was a sheet of asbestos cement and when the ironing board was past its best, the sheet was often kept to be used as an aid for DIY soldering owing to the fact it would never catch fire, thus protecting the nearby walls from the blow torch being used. Many tool boxes contained a sheet of this material until safer alternatives replaced them.

Surprisingly asbestos considered such a fantastic and versatile product, it was even placed in cigarette filters to help filter out some of the harmful substances that smokers were subjected to.

Asbgestos use is nothing new either as archaeological studies have found evidence of asbestos being used in the Stone Age to strengthen ceramic cooking pots. The Romans were also able to weave it into cloth that made the garment fire retardant, possibly the first dedicated oven glove! In modern times large scale mining began at the end of the 19th century when manufacturers and builders began using asbestos for its useful physical properties.

Fortunately, it is now acknowledged that asbestos is a genuine health and safety hazard and the use of asbestos as a building material is illegal in many countries around the world. When one considers that at least 100,000 people are thought to die each year from diseases related to asbestos exposure, it is just as well that we no longer use asbestos.

The asbestos situation today in properties

Any asbestos found in United Kingdom properties today has been there for a quite long time. The use of asbestos in the United Kingdom has been largely prohibited for new use since 1985 with further legislation meaning that by 2000 it was subject to a total ban. Properties built before that time could very well have asbestos in them, which has proved harmless if intact and in good repair. However, if a material containing asbestos is disturbed by breaking, removal, drilling, sanding or sawing, the deadly fibres will be released into the air and breathed in.

Where is asbestos found in the home?

In some older properties asbestos can be discovered in a many places around the home. Asbestos is often found in the following places:

What do you do?

Firstly, don’t worry! Although you will not necessarily know if asbestos is present, the property survey will alert you to the presence of this material.

A Chartered Surveyor conducting a property survey should be able to spot asbestos and should refer you to a specialist asbestos consultancy. These consultancies can carry out a detailed asbestos survey, take samples of suspected asbestos or asbestos containing materials, have them tested in a laboratory and even arange to have confirmed samples removed or managed safely.

Removal of asbestos is very strictly controlled by the Health and Safety Executive, which requires that the work be carried out by licensed Specialist Contractors, which can work out pretty expensive. However, not all asbestos has to be removed. If the material in question is remote from living areas and in good repair or well sealed with paint, it only needs to be monitored to ensure it remains safe to be left in situ.

Property buyers are now being advised by their mortgage lenders and solicitors to get an Asbestos Survey before they even think about exchanging contracts. Apart from the health implications, such a document can also help establish whether the value of the property is affected by finding asbestos, given the cost and inconvenience of removing it. Also consider, if you are buying property as an investment to let out to others, you are under a legal obligation to manage the risk of exposure.

There are some different types of asbestos surveys. These depend on whether you will simply be managing asbestos containing materials during the normal occupation and use of the property, or whether you are planning on a refurbishment or demolition project. It is important that you take advice from a suitably qualified asbestos surveyor.

If you require an asbestos survey, you will need to contact a competent asbestos surveyor. The United Kingdom Accreditation Service, known as UKAS accredits organisations they deem capable of conducting these surveys.

Eventually, properties with asbestos will become a thing of the past, but when one considers the age that some buildings can last for, this will be a very long way into the future. Until then we must all be careful and effectively manage any existing asbestos present in buildings, particularly those used as homes and work places.