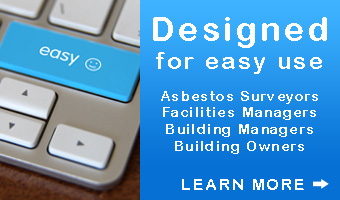 Survey JEM™ is a powerful online asbestos reporting and management database application. Survey JEM™ is designed for use by everyone from the independent asbestos surveyor to the largest asbestos surveying firm. Survey JEM™ can also easily be used by property managers to retain ownership and control of their own asbestos information. With prices to suit small or large volume customers alike, why not request a trial of Survey JEM™ today.

Asbestos has actually been banned from ships since July 2002; however, it is still found in over 90% of ships. More worrying is that asbestos is found in over 80% of new ships, even though the builders have declared the ships to be free from asbestos.

How does asbestos get into new ships after the ban?

Quite simply, the term asbestos free can be rather misleading as there are different national standards defining what is asbestos free. In the United States of America a material is said to be asbestos free if the asbestos content is no more than 1.0%; in the European Union the limit is 0.1% and in Australia 0%. China actually has no official standard. Some surveys have found as much as 15% asbestos in materials that have been declared asbestos free in China. This situation is made even worse in that there is no testing and certification of materials by manufacturers.

It is also worth remembering that a good deal of materials and equipment come from China, where it is still legal to use asbestos. Even if Chinese manufacturers set up production lines to supply asbestos free materials, they are still reliant on their suppliers material content declarations being accurate. On top of this, there may also be an element of cross contamination in their factories from other production lines where the use of asbestos containing materials (ACM) is part of the production process.

In a documented case, a supply vessel company had ships built in Japan and were keen to ensure the ships were asbestos free, because they expected the ships to operate in Australia. To ensure all was well, they flew in an Australian survey company to inspect the ship prior to delivery. As an added precaution they ordered all the spare consumable items from Australia, specifying they had to be asbestos free.

Just six months after going into service the ship was subjected to a flag state spot check inspection in Australia; surprisingly asbestos was found in some pipe flanges. It transpired that the asbestos was in gasket material supplied by the owner for shipboard repairs, these were sourced in Australia, a country where all use of asbestos is supposedly banned.

So how are the regulations enforced?

Some authorities are aware that some shipyard declarations can be inaccurate. So to ensure their ships are genuinely asbestos free they insist that before a ship can be legally registered under their flag it must undergo a verification asbestos survey, performed by a marine specialist ISO17020 accredited company; any asbestos found then has to be removed before the ship can be registered.

Some major flag states, such as Panama, Liberia and the UK, still accept a classification societies inspection as a basis for awarding a ships annual operating certificate, even though its asbestos free status will only be based on a shipyard declaration.

Asbestos in ships prior to July 2002

With ships built before July 2002, there is a specification that the a shipowner must have a specialist asbestos survey carried out, and if asbestos is found, they are required to produce an asbestos register and implement an asbestos management plan. If mandatory asbestos awareness courses are undertaken by the crew members, clearly they will benefit from the extra knowledge and this also gives shipowners some protection from possible asbestos exposure claims from crew members.

Some ship owners still to have asbestos surveys conducted on ships?

Ship owners still have a duty of care for their crews and anyone that works on their ships, so considering the documented extent of asbestos present in ships, they should have specialist surveys carried out and not simply accept shipyard asbestos free declarations.

Mesothelioma is a cancer most often associated with military service and blue collar professions, but the asbestos created disease has touched many throughout the world.

It can affect anyone, from any walk of life and many rich and famous have died from mesothelioma, a rare form of cancer that is diagnosed in an estimated 3,000 Americans each year. The global mesothelioma burden is unclear. It has been estimated that as many as 43,000 people worldwide die from the disease each year.

The only common link to all of them is an exposure to asbestos, the naturally occurring mineral that is toxic and potentially fatal when its fibres are released into the air and inhaled or ingested. It can take anywhere from 15 to 50 years after exposure before the symptoms become obvious.

Steve McQueen, the actor known as the King of Cool developed a persistent cough in 1978. He gave up cigarettes and underwent antibiotic treatments without any improvement.

His shortness of breath grew more pronounced, and in 1979, after filming The Hunter, a biopsy revealed pleural mesothelioma, a cancer associated with asbestos exposure for which there is no known cure.

A few months later, McQueen gave a medical interview in which he blamed his condition on asbestos exposure. McQueen believed that asbestos used in movie sound stage insulation and racing drivers protective suits and helmets could have been involved, but he thought it more likely that his illness was a direct result of massive exposure whilst removing asbestos lagging from pipes aboard a ship while he was serving in the Marines.

By 1980, evidence of widespread metastasis was found. He tried to keep the condition a secret, but soon the National Enquirer stated that he had terminal cancer. McQueen went to Mexico for unconventional treatment after doctors told him they could do nothing to prolong his life. McQueen sought treatment from a doctor who was promoting a variation of the Gerson therapy that used coffee enemas, frequent washing with shampoos, daily injections of fluid containing live cells from cattle and sheep, massages, and laetrile, a reputed anti cancer drug available in Mexico, but described as nothing more than quackery by mainstream scientists.

McQueen returned to the U.S. in early October, but his condition soon worsened and huge tumors developed in his abdomen.

Later that month, McQueen flew back to Mexico to have an abdominal tumor on his liver that weighed around five pounds removed. Although his own doctors warned that the tumor was inoperable and his heart could not withstand the surgery, he still went.

On November 7, 1980, McQueen died of heart failure at 3:45 a.m. at the Mexican clinic, 12 hours after surgery to remove or reduce numerous metastatic tumors in his neck and abdomen. He was 50 years old. According to the media, McQueen died in his sleep.

Other celebrities to die from mesothelioma

Elmo Zumwalt was a highly decorated veteran who became the youngest man to serve as the U.S. Chief of Naval Operations, assuming that position during the Vietnam War era.

His believed his exposure to asbestos came throughout his Naval career, where he served on different ships that were loaded with asbestos.

Gleason believed that his exposure to asbestos stemmed from working construction jobs as a teenager.

Terry McCann won his gold medal in wrestling at the 1960 Olympics, not long after his two years of working in an oil refinery in Tulsa, Oklahoma, where he was exposed to the deadly asbestos fibres. While still preparing for the Olympics, McCann would come home every day from the refinery with a silvery dust in his hair and on his clothes, unaware it eventually would kill him.

To make certain that a ship is asbestos free, a ship owner should:

Why a ship owner should follow the above steps:

As can be seen, asbestos is not restricted to older buildings on land. This dangerous group of silicate minerals is still showing up in newer ships.